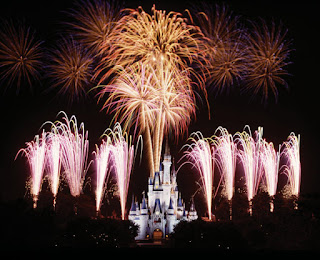 I’ve been waiting to release this information for fear that I wouldn’t get accepted. But now that’s no longer a problem…

Two weeks ago I applied for the Disney College Program at the Walt Disney World Resort. This program allows college students of all ages and majors the opportunity to spend a semester working at WDW while earning money AND college credit. There was a presentation, and a phone interview, which I felt like I bombed (there’s only so much you can do in an interview over the phone).

In today’s mail there was a big envelope with my name on it. Inside, I found an acceptance letter! I’ll be working at WDW for Summer 2008! I can’t believe it, and I’m still in shock. You wouldn’t believe how much my hands were shaking at the news.

I’ve wanted to work for Disney for forever. Having grown up in CA, I went to Disneyland a lot and I was always impressed with the Cast Members I met there. Now I get to be one of those people!

So if you’re in Orlando this summer, let me know. I’ll tell you where I’m working so you can come say hi!


If you want more information on the Disney College Program, visit http://www.disneycollegeprogram.com/
Posted by Alyssa F at 3:46 PM

Sweet!! CONGRATULATIONS! I'm so happy for you!

I'm with you about the phone interviews. Having been doing a lot of job searching lately, I can say that there's very little I loathe more than a phone interview. I've done a bunch of them and haven't once thought I'd done a good job. Glad yours turned out all right after all!

Congratulations!! That's wonderful. I love Disney World. I majored in Industrial Engineering in college, and I always thought that going to work for Disney World would be the coolest way to use the degree (except that living in Florida didn't work, for various reasons). Anyway, congrats! I know that you'll enjoy it.

Congrats! I LOVE it when dreams come true in real life!